Back to Yugioh Sealed Product 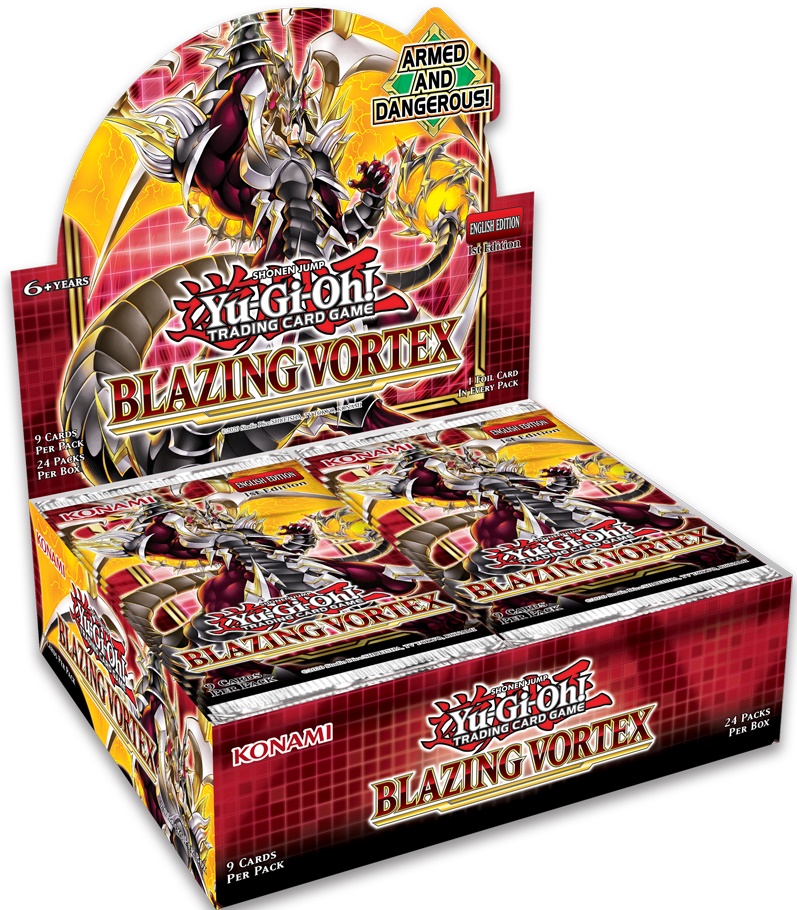 Get ready to Chazz it up in 2021 when Blazing Vortex hits the Yu-Gi-Oh! TRADING CARD GAME on February 5th!

Level up your game with 100 new cards to play and collect including a reimagining of Chazz Princeton’s “Armed Dragon” cards from the Yu-Gi-Oh! GX animated series. Play them on their own or combine them with the original “Armed Dragon” cards to create a hard-hitting new strategy that aims to unleash a brand-new version of Armed Dragon LV10 and power it all the way up to 10000 ATK!

In addition, you can find…

• Cards that power up some of the themes introduced in Secret Slayers, Rise of the Duelist, Phantom Rage, and Genesis Impact.

• The latest version of an iconic Spell Card that everyone knows.

• A World Premiere Card that reinvents another classic Spell Card.