Back to World Championship Decks 2000 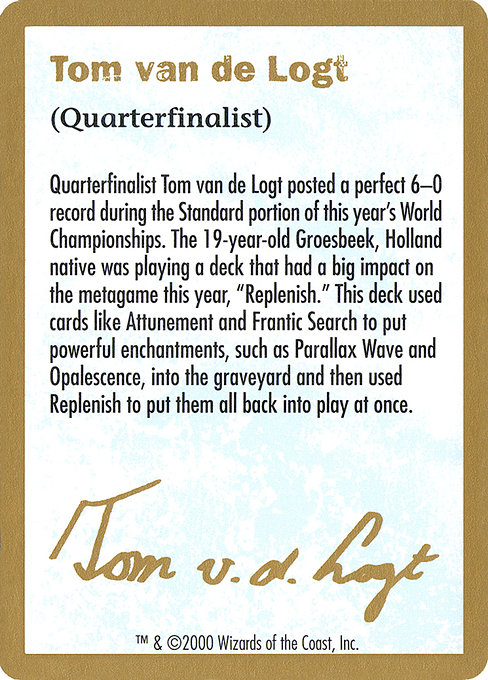 Rarity: Common
Card Text: Quarterfinalist Tom van de Logt posted a perfect 6—0 record during the Standard portion of this year's World Championships. The 19-year-old Groesbeek, Holland native was playing a deck that had a big impact on the metagame this year, "Replenish." This deck used cards like Attunement and Frantic Search to put powerful enchantments, such as Parallax Wave and Opalescence, into the graveyard and then used Replenish to put them all back into play at once.
Collector Number: tvdl0a
Type: None
Set: World Championship Decks 2000
Color: None
Language: English