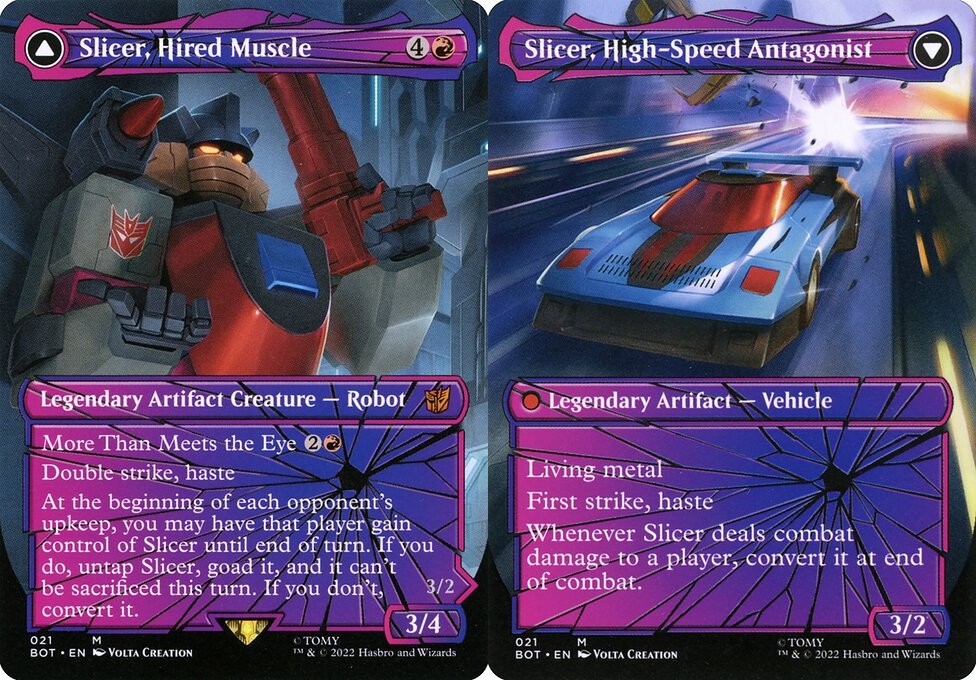 Rarity: Mythic
Mana Cost: {4}{R}
Card Text: More Than Meets the Eye {2}{R} (You may cast this card converted for {2}{R}.)
Double strike, haste
At the beginning of each opponent's upkeep, you may have that player gain control of Slicer until end of turn. If you do, untap Slicer, goad it, and it can't be sacrificed this turn. If you don't, convert it. // Living metal (As long as it's your turn, this Vehicle is also a creature.)
First strike, haste
Whenever Slicer deals combat damage to a player, convert it at end of combat.
Collector Number: 21
Artist: Volta Creation
Type: Artifact Creature
Set: The Brothers' War
Color: Red
Language: English