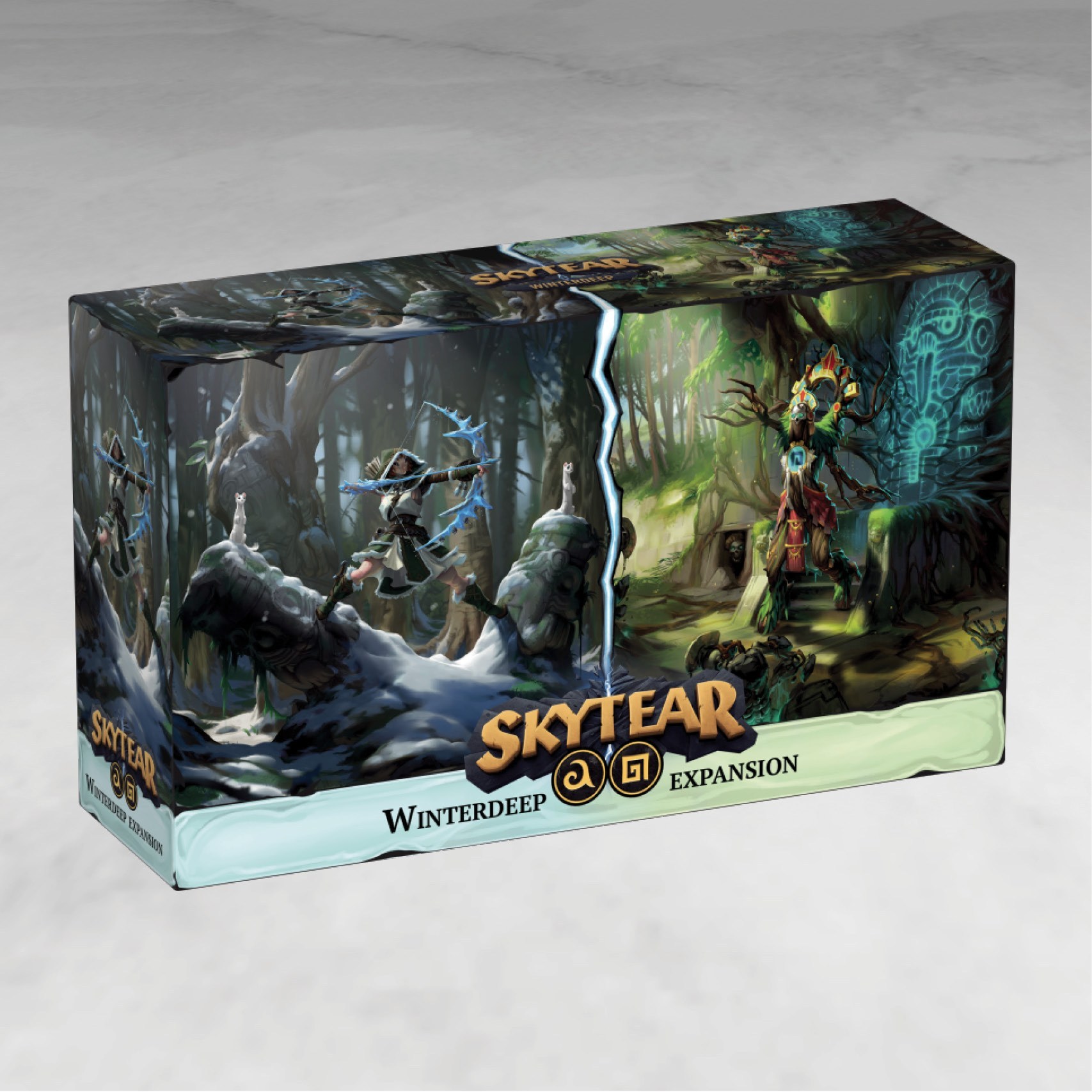 Winterdeep is an advanced expansion that helps you mix blue and green heroes together in the same team. Winterdeep is recommended to players already owning the Taulot and Liothan faction expansions.

VORHILD, the White Shade, is the first sign of their army. Her magic bow, a gift from Taulot’s champions, strikes silently and from afar, while her ermine friends swarm around her chosen prey.

The ancient queen NANTACA has been awoken from her overgrown tomb. The Monarch Unliving is back, and her followers, both the living and the dead, await her commands.

Miniatures are pre-assembled and not painted. Components may vary from those shown.