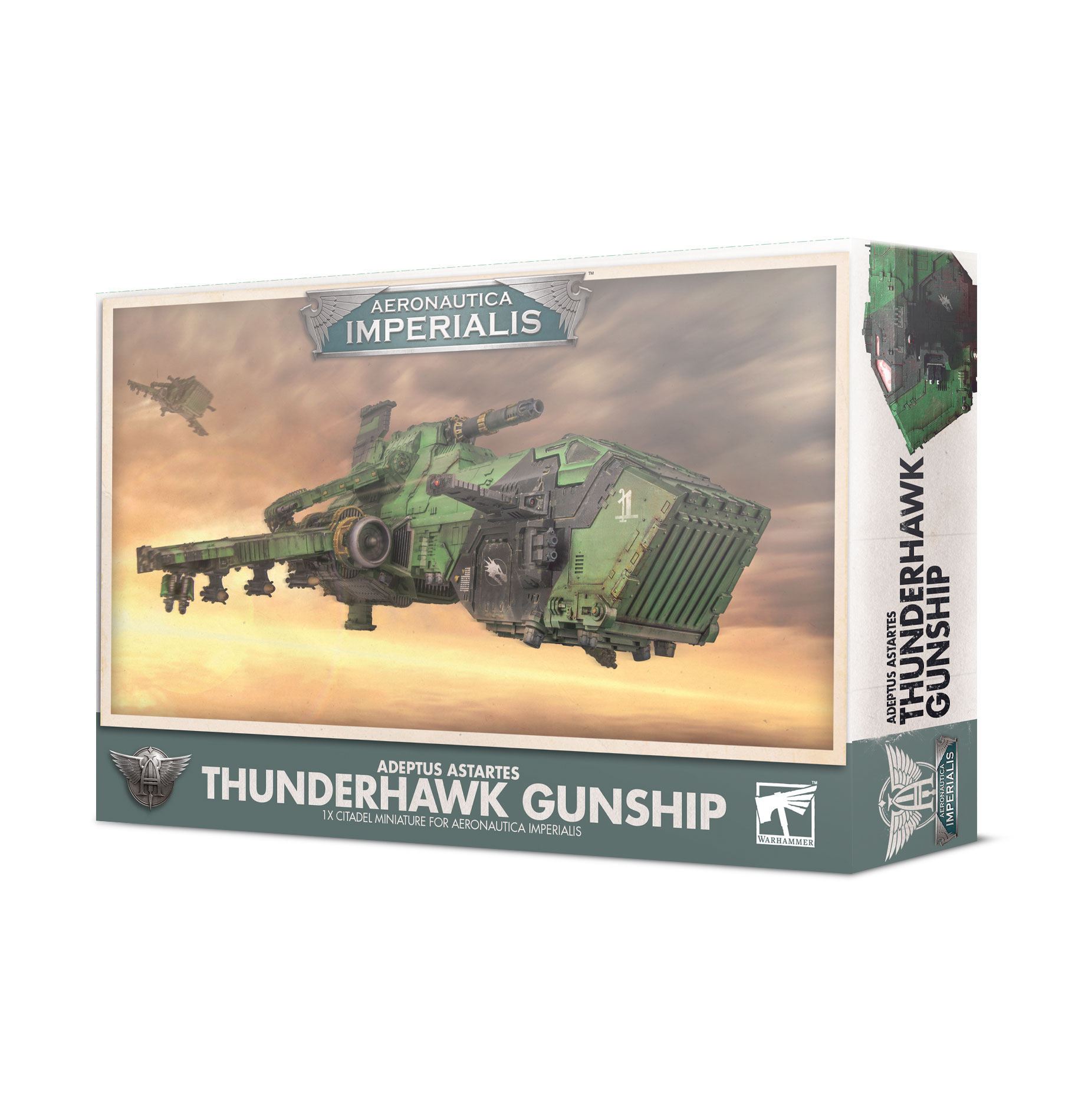 Designed to operate in both planetary atmosphere and the cold void of space, the Thunderhawk Gunship combines the roles of orbital troop lander, heavy gunship, and bomber into a single, brutally effective aircraft. Sturdy and well-armoured, Thunderhawks deliver their Adeptus Astartes passengers into the very heart of raging battle, and provide fire support with a truly fearsome array of weapons afterwards. These iconic vessels have come to be feared as the harbinger of doom by the enemies of the Imperium of Mankind.

This legendary aircraft is armed with the most powerful suite of weapons seen so far in Aeronautica Imperialis, bar none. The main cannon, a mighty turbo laser destructor, is capable of striking all but the heaviest aircraft from the skies in one shot, but of course that’s just the beginning. Every firing arc is covered by lascannons or heavy bolters to fend off interceptors or go on the attack, and the wings can be loaded with a massive payload of bombs for taking out ground targets in stride. With a generous transport capacity and enough structure points to keep it in the air for an entire battle, this is a game-winning aircraft, and vital to mission success for Adeptus Astartes squadrons. When well supported, Thunderhawk Gunships win wars.

- 1 Aeronautica Imperialis base (each base designates the model’s front, rear and side arcs as well as speed and altitude dials. Each base also includes a clear stand with which to connect the aircraft to the base)

The rules for using these miniatures in games of Aeronautica Imperialis can be found in the box. You'll need a copy of the Wrath of Angels boxed game to make full use of the kit. These miniatures are supplied unpainted and require assembly – we recommend using Citadel Plastic Glue and Citadel paints.